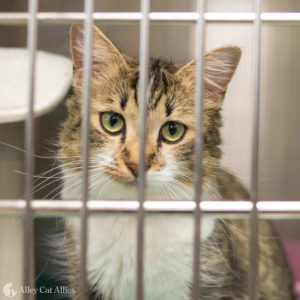 Public shelters and pounds must respond to information requests filed under the state public records law.

In all 50 states and the District of Columbia, local and state government agencies must fulfill requests by citizens for government records. The Freedom of Information Act (FOIA) refers to the law that compels the federal government to disclose information. However, every state has its own version of FOIA, often called “sunshine” or “public records” laws.

Public shelters and pounds must respond to information requests filed under the state public records law. Ideally, all shelters (regardless of their legal obligation) would post their intake and euthanasia rates on their websites and quickly respond to all reasonable requests for information. But for whatever reasons, sometimes it is difficult for citizens to obtain information from shelters.

This is a guide for activists and concerned citizens who want to obtain information about the animal shelters in their local community. Included are instructions for finding your state’s public record laws, and sample language for a letter requesting basic shelter data.

The most common information that animal advocates want are intake and disposition rates so the sample letter includes this. For example, the intake and disposition statistics of Virginia shelters are already available online at www.vdacs. virginia.gov/animals/welfare.shtml, so you do not need to submit requests to individual shelters if you live in Virginia.

Alley Cat Allies is working to establish and increase shelter transparency through policy papers, public education, and grassroots advocacy. Meaningful and accessible shelter data allows taxpayers and donors to hold pounds and animal shelters accountable and enables decision makers to make informed choices. For this reason we support mandatory recordkeeping for all shelters. Our ultimate objective is to leverage shelter transparency to end the killing of cats in every pound and animal shelter in the United States.

There are a few ways to learn more about your state’s public record law:

It can be difficult to determine whether a shelter is public or private. Remember, only public shelters fall under public records laws. It’s usually clear if a shelter is run solely by the government. The name likely includes the name of the community followed by “animal shelter” or “animal control.” However, some shelters that appear to be private are also partially funded by government dollars and hold the government contract for animal sheltering. For example, the Humane Society of Washington County in Hagerstown, Md. holds the contract for Washington County. Even though a shelter is incorporated as a nonprofit, it still might be considered a governmental body for the purposes of a public information request.

Some nonprofit shelters funded by a local government have refused to respond to public information requests arguing that they are not subject to these laws. The law varies from state to state, but there is a strong argument to be made that these shelters should be subject to requests. There was even a court case in Washington State that found in favor of transparency (Clarke v. Tri-Cities Animal Care & Control Shelter, 144 Wn. App. 185 (Wash. Ct. App. 2008)). In Clarke, a woman requested euthanasia logs from the Tri-Cities Animal Care & Control Shelter (TCAC). TCAC is a private business that contracted with the three cities, Richland, Pasco, and Kennewick, to deliver animal sheltering services. TCAC denied her request arguing that it was not a public agency. The Washington courts determined that TCAC was required to provide the records because it performed a public function and received the majority of its funding for the government.

To Whom Should the Requests be Sent?

If the shelter is run exclusively by your city or county, an Internet search might reveal which city agency or employee is charged with responding to public information requests. For example, a big city like Chicago, Ill. has a specific person who routinely receives public information requests. If it’s not apparent, simply send the request to the shelter director by mail or email. If you are sending an email, include the emails of any administrative support staff that you think might be able to help. The administrative staff is often the front line for requests from the public. You could also call or visit the shelter in person to ask who the requests should be sent to.

Requesters sometimes have to pay for copying costs or, more rarely, the staff time used to find the records. Oftentimes, records are given at no charge, especially if the records can be sent electronically. You could also view the records in person to avoid copying costs, but in most cases, you will want a permanent copy of the records.

What if I Don’t Hear Back?
If you don’t receive a response from an email, deliver the request in person or mail it with return receipt requested. Keep the return receipt in case you later need to prove that the shelter received your request but ignored it. If you still don’t hear back, send the original letter to the city or county attorney’s office and indicate that the shelter has not responded in a timely fashion. Additionally, do an Internet search for your state and “public records.” Most states have online guides about submitting public records requests written by the State Attorney General’s Office or another agency. You will likely find more detailed information specific to your state or perhaps even an explanation of what to do if your request is improperly denied.

Understanding shelter records can be difficult. Sometimes shelters use obscure acronyms or terms of art to describe an animal’s intake or disposition. The following is a list of commonly used terms.

Suggested Language for Use in Letters

The sample letter we provide requests intake and disposition statistics. Change the body of the letter if you are interested in other information. We recommend using simple, clear language in drafting the request. Use bullet points so it’s obvious what records and how many records you are requesting.

Records regarding a specific animal

Using Records to Help Shelter Animals (What to Do with It)

Shelter statistics are a powerful tool for advocates because they move the conversation away from accusations and emotion and ground it in facts. Data can help you change local laws to protect animals. Maybe your research will reveal that many community cats are killed year after year. You’ll have a more powerful argument when you ask your city council to consider supporting Trap-Neuter-Return if you can show that the endless cycle of trap and kill is ineffective.

You can also push back against a shelter’s claims if you believe they are being untruthful. Perhaps the shelter is advertising itself as “no-kill” when it actually euthanizes community cats. Finally, examining a shelter’s intake and disposition statistics can help you become a more focused, effective advocate. Pinpoint the type of animal most likely to die in the shelter (kittens, adult pit bulls, etc.). Armed with this information, you can offer the type of assistance that the shelter most desperately needs.

This letter is a request under [Law].

I request copies of the following documents:

For purposes of this request, “documents” includes all information captured on paper or in electronic format.

For those records that exist in electronic format, I would be happy to receive them as a pdf email attachment or on a CD.

If my request is denied in whole or part, I ask that you justify all deletions by reference to specific exemptions of the Act. I reserve the right to appeal any decision to withhold any information or to deny a waiver of fees. I look forward to a written response within [Time Required] of this letter as mandated by [Law].

Thank you in advance.