Countless cats remain in need of help after being displaced by the recent flooding that devastated Baton Rouge and much of southern Louisiana. Alley Cat Allies has a team on the ground working to support local groups in their efforts to rescue cats.

Yesterday, the team visited the Care and Treatment of Neglected & Indigent Pets (CATNIP) Foundation at Big Sky Ranch—an Alley Cat Allies’ Feral Friend in Folsom, LA, that is helping take in cats abandoned in the flooding.

“After the floods hit, we tried to really become the place to be the hub of helping with cats, both community and feral cats, as well as cats that just needed rescue,” said Dr. Catherine Wilbert of CATNIP Foundation.
In the video below, Catherine tells the story of community cats rescued from Denham Springs Animal Shelter, which was engulfed by the flood waters on August 12. Although staff and volunteers were able to rescue many of the shelter’s animals, the shelter itself was severely damaged and its cattery is totally demolished. Dr. Catherine Wilbert from CATNIP Foundation with a cat rescued from the Denham Springs Animal Shelter in August 2016. 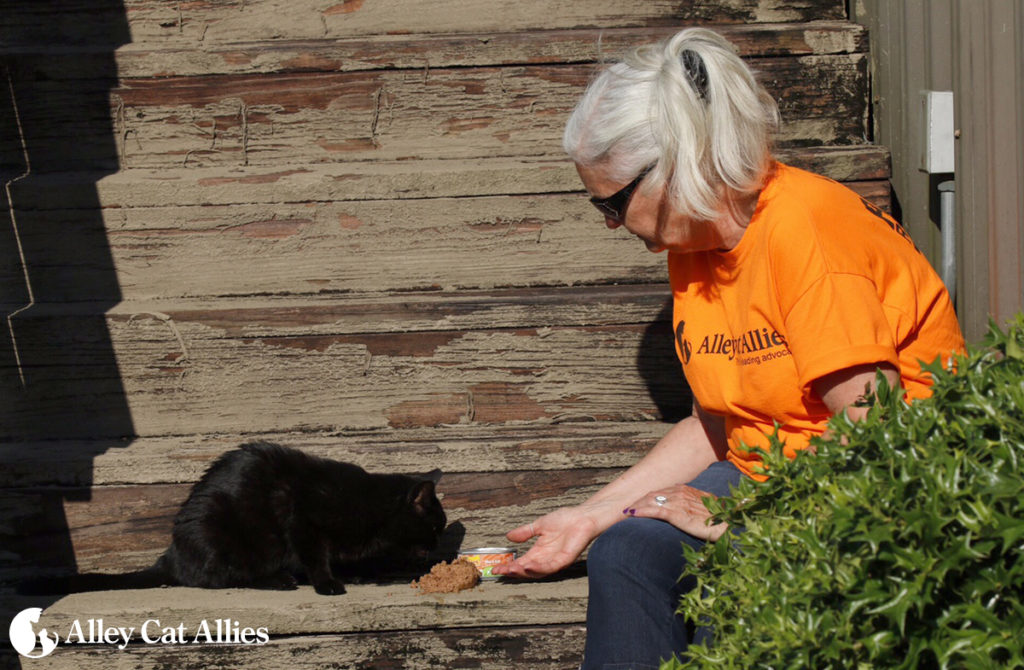 Diane Blankenburg, CEO and principal consultant with the Humane Network, helped Alley Cat Allies to locate cats who survived, and ensure they had food and shelter. One of the remaining community cats in St. Tammany Parish in August 2016 The Denham Springs Animal Shelter, which was in need of rebuilding and repairs once the flood waters receded.

Alley Cat Allies will continue to offer assistance to rescue efforts on the ground, helping to save lives and care for cat flood victims.

No matter where you live, you can help the animals and people displaced by the devastating floods:

For additional updates regarding Alley Cat Allies’ on-the-ground response to the flooding, we recommend following us at: http://bit.ly/LAFlooding.