This story is third in a five-part series, Trapped in Paradise. Read the next story in the series.

The team in American Samoa really hit the ground running! For their first official spay and neuter clinic, which took place on October 12 in the capital, Pago Pago, they had 22 cats waitingwho were successfully trapped overnight. They also had quite a few public surgeries show up.

The community was eager to participate, as they want the best care for their cats. A group of young boys even joined the trapping teamhelping out by carrying traps and looking out for cats.

“I want to thank you very much for coming over. It’s a pleasure having all of you here,” said Sina Shergill, a resident in Pago Pago whose colony had grown from one cat to more than 20 cats in two years. “I’ve been feeding these cats for so many months now and I was wondering what to do with them. There are so many of them and I wanted them to have shots so I can take care of them.”

On Day 3, the team moved to the western side of the island in the village of Leone. While there, the trapping team went to a local pig farm that has about 20-25 community cats. The team ended up trapping 18 cats at the site in just a few hours, and planned to return the next day to try to trap the rest of them. Taking a resident’s cats to the clinic to be spayed and vaccinated before being returned to their home. © Animal Balance 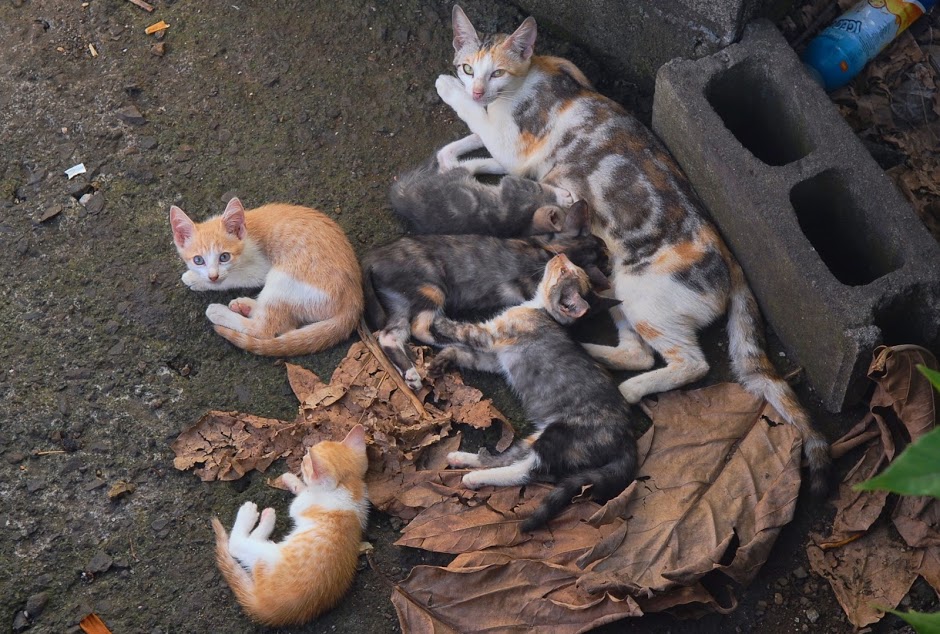 Community kittens and catswhen all are ready, they will be taken for spay and neuter surgeries, vaccinations, and eartips. © Animal Balance 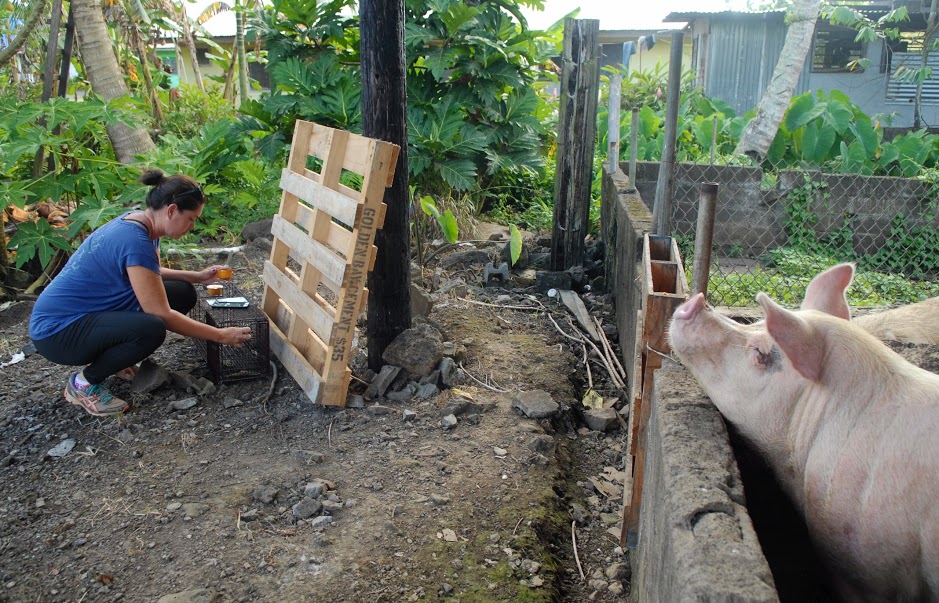 A local pig farm had a colony of 25-30 community cats. © Animal Balance

This story is third in a five-part series, Trapped in Paradise. Read the next story in the series.