This action is ONLY for residents of Colorado 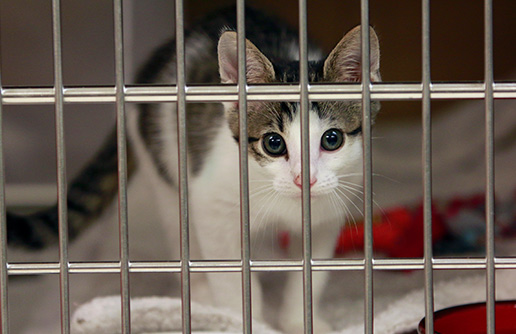 This bill passed the legislature and was signed into law by the Colorado governor, but only after the deadliest language in the bill had been removed. Thank you for taking action! To learn more about the dangerous ideology of Socially Conscious Sheltering, read our news post about this story.

The Senate committee voted to approve this bill, but only after making significant changes to it. We are analyzing the amendments. Stay tuned for further actions to take.

The Colorado Senate Agriculture & Natural Resources Committee is considering a bill, HB21-1160, that would introduce subjective criteria for the killing of cats and dogs throughout Colorado, opening the door to many more deaths in shelters and rescues in the state.

The bill directs that “healthy” and “safe” dogs and cats should be adopted out, returned to their owners or transferred to another animal shelter or pet animal rescue. However, its definitions of “healthy” and “safe” are highly subjective and leave too much room for shelters to misuse or misinterpret them and choose to kill cats.

For example, a community cat entering a shelter with the sniffles or a scratch on her leg, or who is naturally stressed in a shelter environment and lashes out, could be deemed not “safe” or “healthy.” The bill has no objective criteria to explicitly prevent this interpretation. As such, the shelter would not be obligated to find a lifesaving outcome for the cat and could kill her instead.

A cat’s life should not be left to a flawed “judgment call” that could differ between shelters, or even change by the day.

Ask your state senator to vote against HB21-1160 to protect cats from being killed in shelters and rescues in Colorado.